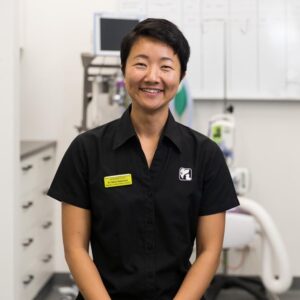 What to do with a lump

What to do when you are presented with a patient with a mass. This seminar will cover the initial diagnostics as well as a discussion on MCT and STS.

Our guest speaker Dr Nima Nakahara has lived and worked all over the world. She was born and raised in Northern India and after finishing high school, went to Scotland to pursue her degree in Veterinary Science.

She graduated from The University of Edinburgh in 2012 and after 6 years of Scottish weather decided it was time to move somewhere warm. Nima relocated to Australia in 2012 and after spending a few years in general practice and emergency centres in Adelaide, she chose to focus her career in surgery. Nima completed an internship at the Queensland Veterinary Specialist followed by a small animal surgical residency with the Brisbane Veterinary Specialist Centre. Nima is currently studying to sit her European College of Veterinary Surgeons Board exams. She is particularly interested in soft tissue surgery, thoracic surgery and laparoscopy.

Consultations:
Monday to Friday: from 8:30am